All of our Dog Shows have been put on hold due to Covid 19. 😦 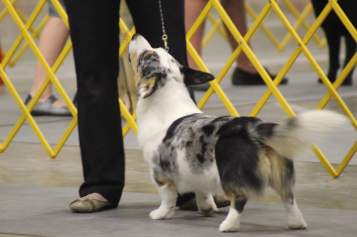 Truman had a GREAT  two days at Doswell Shows!

Friday 11-1-19 he was SELECT DOG and BEST OF BREED OWNER HANDLED for 4 GCH points!

Truman was once again SELECT DOG Saturday, August 17, 2019, at the Cardigan Supported Entry in Greensboro NC for his third Major (5pts) towards his Grand Championship!!! 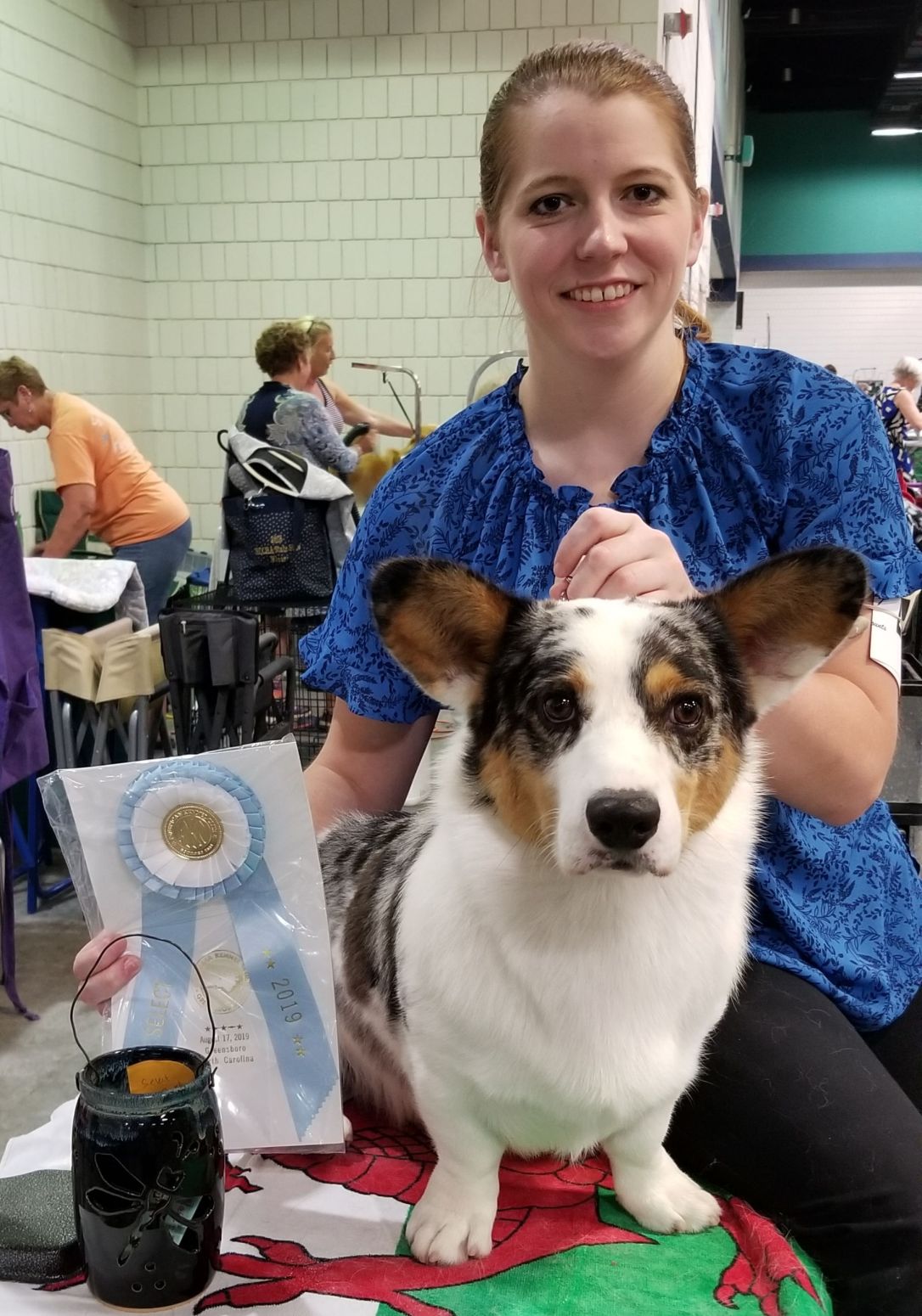 Liz was WINNERS BITCH and BEST OF WINNERS Sunday 6-30-19 at the Doswell Dog Shows for 1 point.  10 points total!  No Picture.

Truman won SELECT DOG Saturday and Sunday June 29 & 30, 2019 for two 4 point Majors toward his Grand Championship.  No picture as he was more naked than last weekend!

Truman has won his 5th MAJOR finishing his CHAMPIONSHIP!!!  He was WINNERS DOG and BEST OF WINNERS at the Virginia Kennel Club Dog Shows in Richmond VA on Saturday, June 22, 2019 for a 4 pt major!  He finished his CHAMPIONSHIP with 5 MAJORS from 5 different judges!  He was kinda naked but pulled it off anyway!

Liz won WINNERS BITCH Friday, Saturday and Sunday at the Richmond Dog Shows June 21-23, 2019 for a grand total of 5 points for the weekend!!!!  This gives her 9 total points toward her Championship! 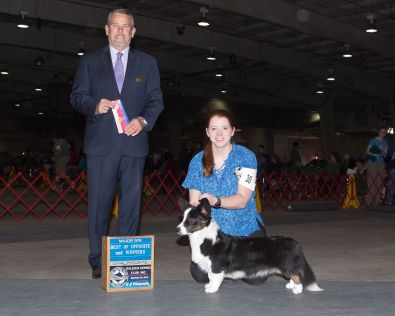 Truman winning a 4 point MAJOR at the Raleigh Dog Shows March 23, 2019!  His 4th Major!  He was WINNERS DOG, BEST OF WINNERS and  BEST OF BREED Owner Handled!  He needs just 1 point to finish his Championship!

GRETA (CH MarKris That Garbo Mystique) finished her CHAMPIONSHIP by going WINNERS BITCH and BEST OF WINNERS for a 5 point MAJOR at the Chesapeake Cardigan Welsh Corgi SPECIALTY! 10-14-2018 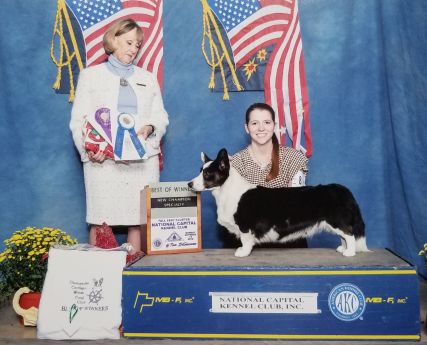 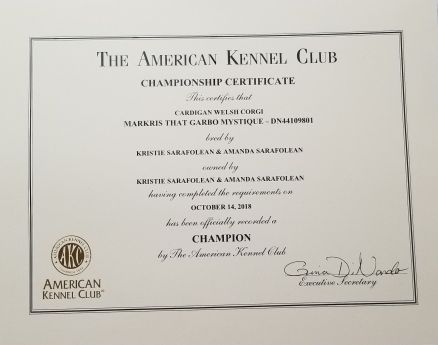 TRUMAN Got his first 4pt MAJOR at the Richmond Shows at the tender age of 1 year!  Expertly handled by my daughter Amanda Sarafolean!  6-10-2018

NICKI Finished her GRAND CHAMPIONSHIP at the Skyline Kennel Club Shows in Richmond!  6-10-2018